Dislocation is a joint separation in which the surfaces of the joint are no longer touching. This can happen to any joint but most commonly occurs to the ankle, midfoot, and toe joints. There can be fracturing of bone during the process of dislocation. This is called fracture/dislocation. 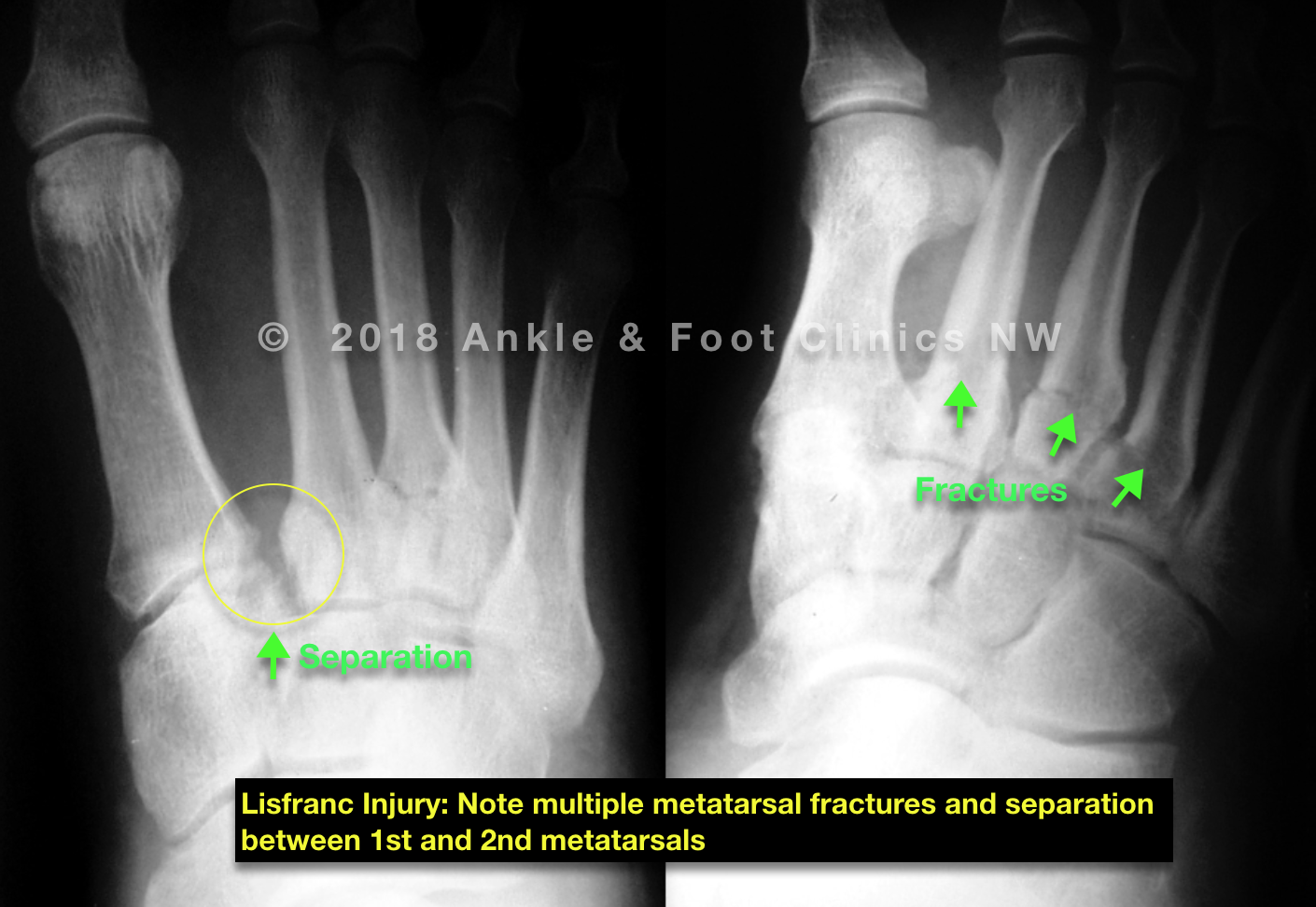 The most common midfoot dislocation is the Lisfranc fracture. This occurs in the midarch where the metatarsal bone attach to the midfoot. It is named after Jacques Lisfranc de Saint-Martin field surgeon in Napoleon's army, he was known to use these joints to amputate the foot on the battlefield. He did the procedure so often the joints were named after him.

Dislocations that are not fully reducible usually require surgery to regain function to the joint. Displaced ankle and Lisfranc dislocations usually do not fully reduce thus surgery is necessary. There is always concern with a dislocation as blood vessels and nerves are usually being stretched, prompt reduction of the dislocation is recommended.