A Z foot is a foot condition that is typically encountered in the adult, however, it arises from a congenital foot deformity called metatarsus adductus. A "C-shaped" foot deformity that is untreated in the children. The childs c-shaped foot is placed in a standard shoe the foot will take on a more normal appearance, however the shoe forces the wrong joint to shift, resulting in a Z-shaped foot (also known as skew foot) on x-ray. This foot type is easily recognized in the adult foot, typically the toes start to shift outward. There are a variety of foot problems associated late in life with this disorder which is completely preventable with early correction of the problem. 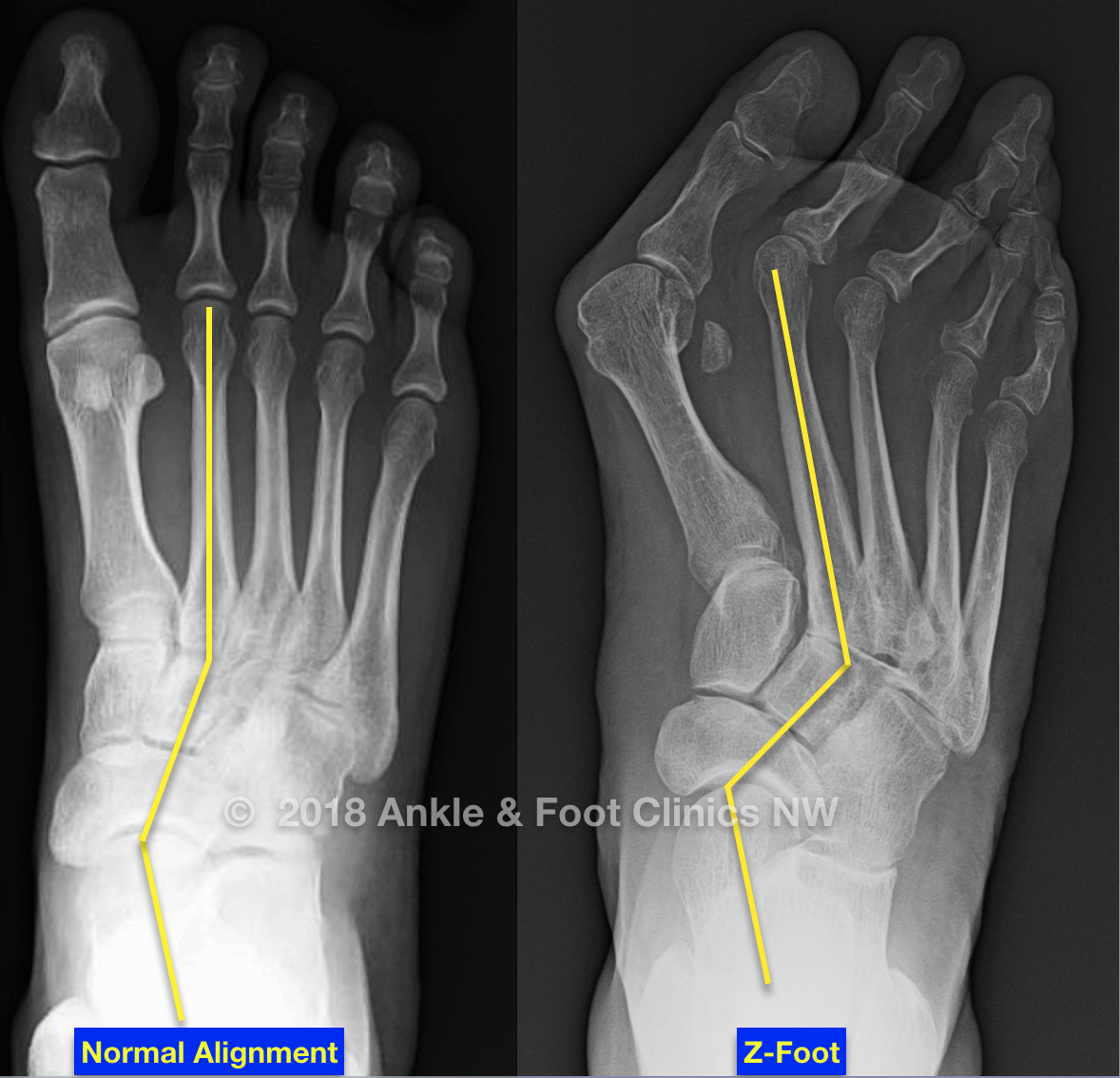 When is surgery considered?

Surgery is considered only when conservative measures fail or are ineffective, surgical options can vary dependent on age and nature of deformity. There is a spectrum of deformity severity seen in the Z-foot, more mild forms may never need surgery, whereas severe forms eventually require surgical intervention when arthritis of the midfoot becomes a burden.

When should I consider getting an evaluation by a foot & ankle specialist?

Given the nature of the deformity and time-dependent treatment options, a consultation with a ankle & ankle specialist would be advised sooner rather than later.